Or the process of evolving an idea…

About three years ago, Bubs was affected by a string of non-stop chest infections. Which is a pain. As you have to be clear of chest infections for a minimum of 6 weeks in order to proceed with any surgery. He’d get well, I’d send him back to school and within a week he’d pick up some nasty kid germ virus and it would quickly evolve into another chest infection.

After a few rounds of this, I decided to just pull him out of school. (With GP’s guidance & school’s acknowledgement) to just let him immune system fully recoup. So began our formal home schooling journey.

Maths, science and English were the easy bits. But I was developing cabin fever. Not being able to work, or go to the studio was making me a dull boy. So he and I started doing art, every day for an hour. This is how pleased he was about it….

We started with self portraits, which, I can’t say either of us really excelled at. 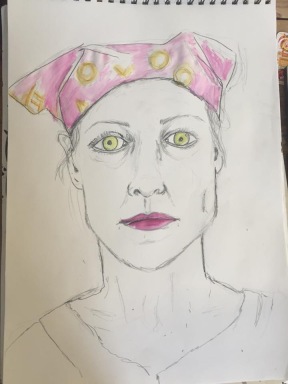 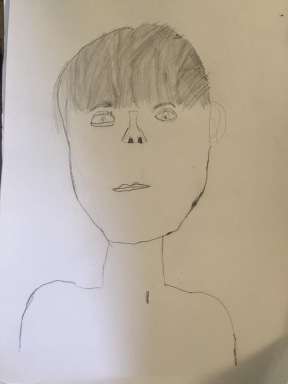 So we moved onto the abstract, something we both have a little more enjoyment with. He made some odd human sculpture thing and I would draw his 3d creation. 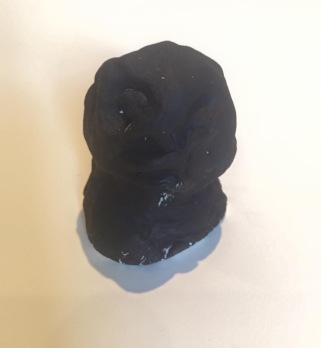 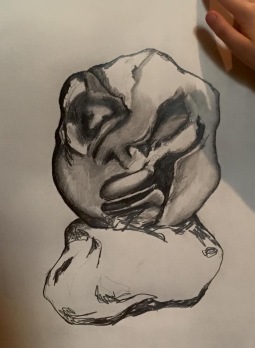 Then we went freestyle, just to sit and draw the first things that popped into our heads. So that’s how the first goat skull fallopian tube came into being. Just popped into my head. 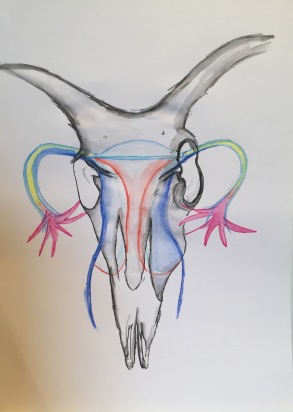 With time, bubs got better and I stashed those sketchbooks somewhere. A couple years later I was full on in my skull phase. Like a Hamlet-McQueen virus, it was my only obsession, no matter how I tried, I ended up with skulls on and in everything.

So then, really trying to move away from skulls, I started sketching out animal skulls with a variety of botanical that I thought thematically resonated with the type of animal. 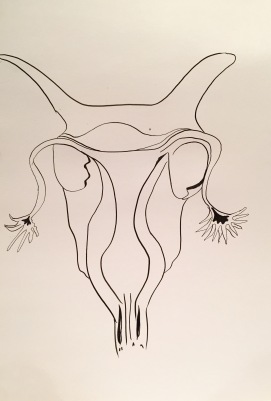 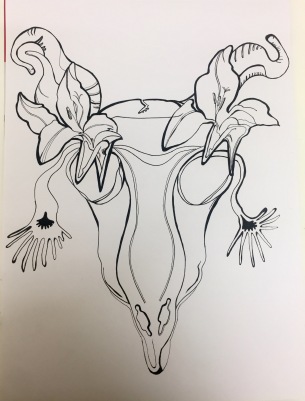 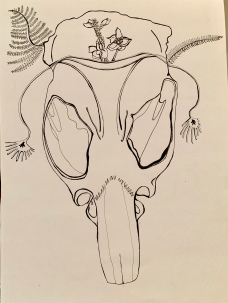 I’ve now I whole series of animal skulls with flowers and other botanics, that I am going to cobble together into something for something at some point. But I still didn’t feel done with the goat skull fallopian tube. I wanted to take it further.

During November to March this year, bubs was pretty porely and missed a good 80% of school. My grand plans for going back to working in a real proper adult job got the shelf again and studio time was limited. When I was there, my creative mojo was on the blink, but there was something I could do. I could paint things black. Dark, shiny and deep black. Like the scenes from Under the Skin, where Scarletter Johansen takes punters off the street in a thinly veiled guise of a sexual predator to go and devour them in the black underworld. Silent, forever, black.. 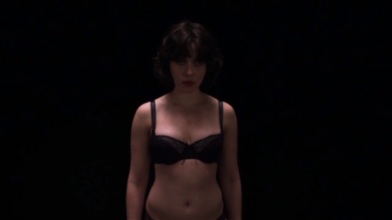 There was something beautiful and therapeutic about all the black. I was able to be creative in a way that my exhaustion levels could handle. Being in and out of hospital fry’s part of your parental brains.

So I created the final test tryptic of the goat skull Fallopian tubes. I was going to knock out three and then whichever one worked the best, is going to be the one I do in real proper neon on a larger scale. 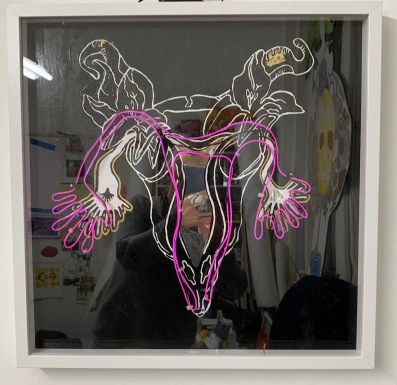 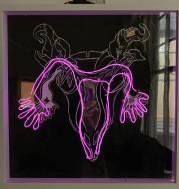 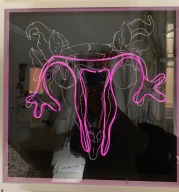 For the Neon, I’m going to use the one with the suggestion of groping vines and not the full five finger deal. The background of super dark shiney and incorperated the mirrors and gold leaf, as it doesn’t have the same polished quality but it’s touch of madness appeals to the overall design.

So there you have it. A sick day doodle to a portable neon sculpture. Bubs is better, so I am now working in full primacolour again. Working on a series involving 1950’s pop babies with war drones flying over head.

It’s good to get stuck sometimes, it made me fully go over and over something until i could get it to evolve past to somewhere first imagined.

will follow up with large scale neon once I get around to it…..

I’m clearly not done with skulls. I keep trying to move on with inks, to do large scale of previous scribbles, but I keep coming bAck to these. Finding it quite calming and enjoyable. The lower illustration is mucha inspired. 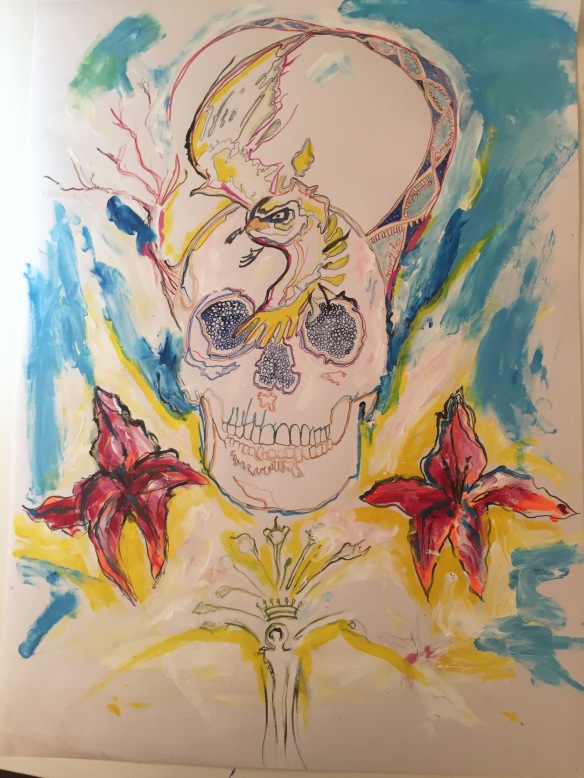 One of these 3 little babies are a gift for a skull sister. Am loving working with watercolours and perfect for the front room..A good little exercise getting ready for new large piece for the CWS & Lucy Johnston show…each piece is 50cm by 70cm.. 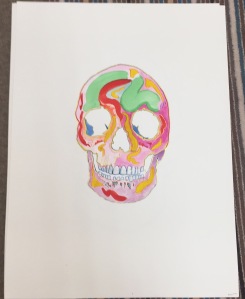 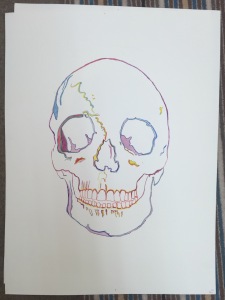 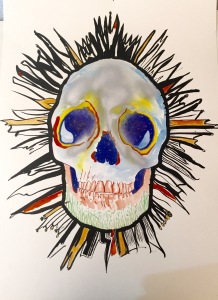